Cal Pallerola exists on of the rock of Montergull since many centuries ago. My grandparents had heard from their grandparents that the house had been inhabited by monks, perhaps it had been a small monastery… We don’t know it. The ancient books with hide covers and parchment sheets, on religious topics, found into an old trunk, and the handle of the entry door, are clues indicating that it could have been like this.

In the Middle Ages we find the castle of Montergull in some ancient documents. This could be a good place to built a castle: because of the situation of the building, on an enormous rock that safeguarded it fom the floods produced in this valley, and because the place permits a good surveillance of the different points of access from the east, south and west. In Lavansa the castles were defensive buildings from the moorish attacks.

In the most ancient documents we have found, in the XVIII century, there appears the Betriu family, that links with Pallerola famly, coming from Perles, a south village of l’Alt Urgell county. On the web of the Betriu family, a web place that illustrates us widely on this Pyrenean genealogy, Josep Betriu has uploaded the history he found of that young man coming from Perles to marry the heiress of cal Pallerola (in catalan): http://www.betriu.com/recorregut.html

But we know that the Pallerola are a lineage that already existed in cal Pallerola since the XVI century. A witness of the ancient times of the house is the oven on stone vault : the house had to be self-sufficient for the bread making. 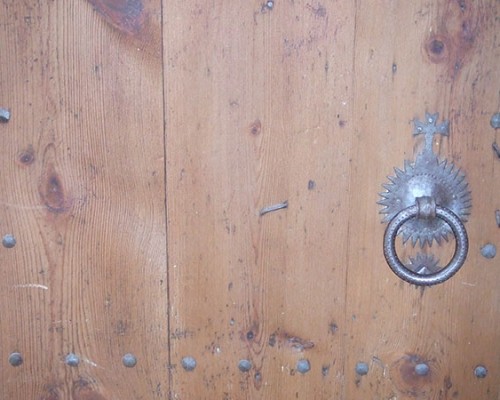 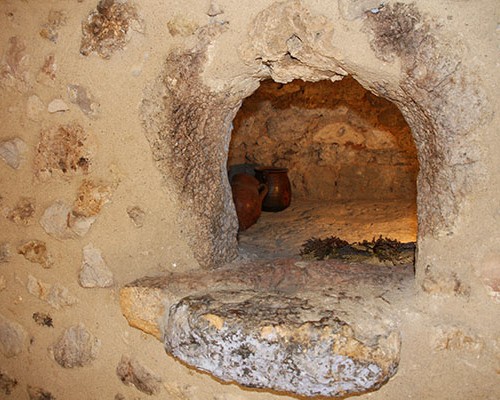 My grandmother’s mother, Llúcia Capdevila, who lived in cal Pallerola at the beginning of the XX century, had a quite curious life. She was born in a very humble house of Sant Pere, in Lavansa. She married to Josep Betriu, the heir of cal Pallerola, and had 13 children, surviving only eight of them.

She weighed 110 kg, used to say my grandmother, and she did long stays in Barcelona. She worked as a wet nurse for the two daughters of the lawyer Ramon Duran i Ventosa, in a wealthy family of Barcelona. The grandfather of this family was the doctor of the king Ferran VII. We found it documented that Llúcia won 2000 pesetas, plus 500 as a gift for his good behaviour, that, as it is mentioned on the document, ” it is an important amount”. This money was a fortune for these times, and it went very well for cal Pallerola’s economy.Surely it served to pay back the mortgages.

We can see Josep and Llúcia into their wedding portrait in one of the rooms.

THE HOUSE BEFORE THE RESTORATION

Josep Betriu visited us at the beginning of this century and here explains us his impression on the house where had lived my grandparents,Pepa Betriu and Jaume Planavila, up to the 90’s of the XX century (in catalan). http://www.betriu.com/calpallerola.html

The daughter of which Josep is talking at the end of the text, this is me, and luckily I have been able to make true that dream: and also to honour the memory of all the ancestors that between these walls suffered and enjoyed their lives, living in very different circumstances to ours.